Sign up to be the first one to know about our latest collections and upcoming offers!

Natural Dyes: 8 Ways They are Better

Dyes, especially natural dyes, have been of significant importance in our lives for centuries providing many practical uses, not limited to just aesthetic appearances. Natural dyes are coloring substances derived from plants, animals or mineral substances.

Traditionally, India has been a hub for the highest source and consumption of natural dyes. However, just like in food, with the advent of synthetic dyes and the influence of the Western world, all things Indian traditional to our culture have gradually fallen out of favour. Although many artisans and organisations, have tried their best to maintain its existence but a lot of support is still needed to preserve the culture. (Vankar, 2017) 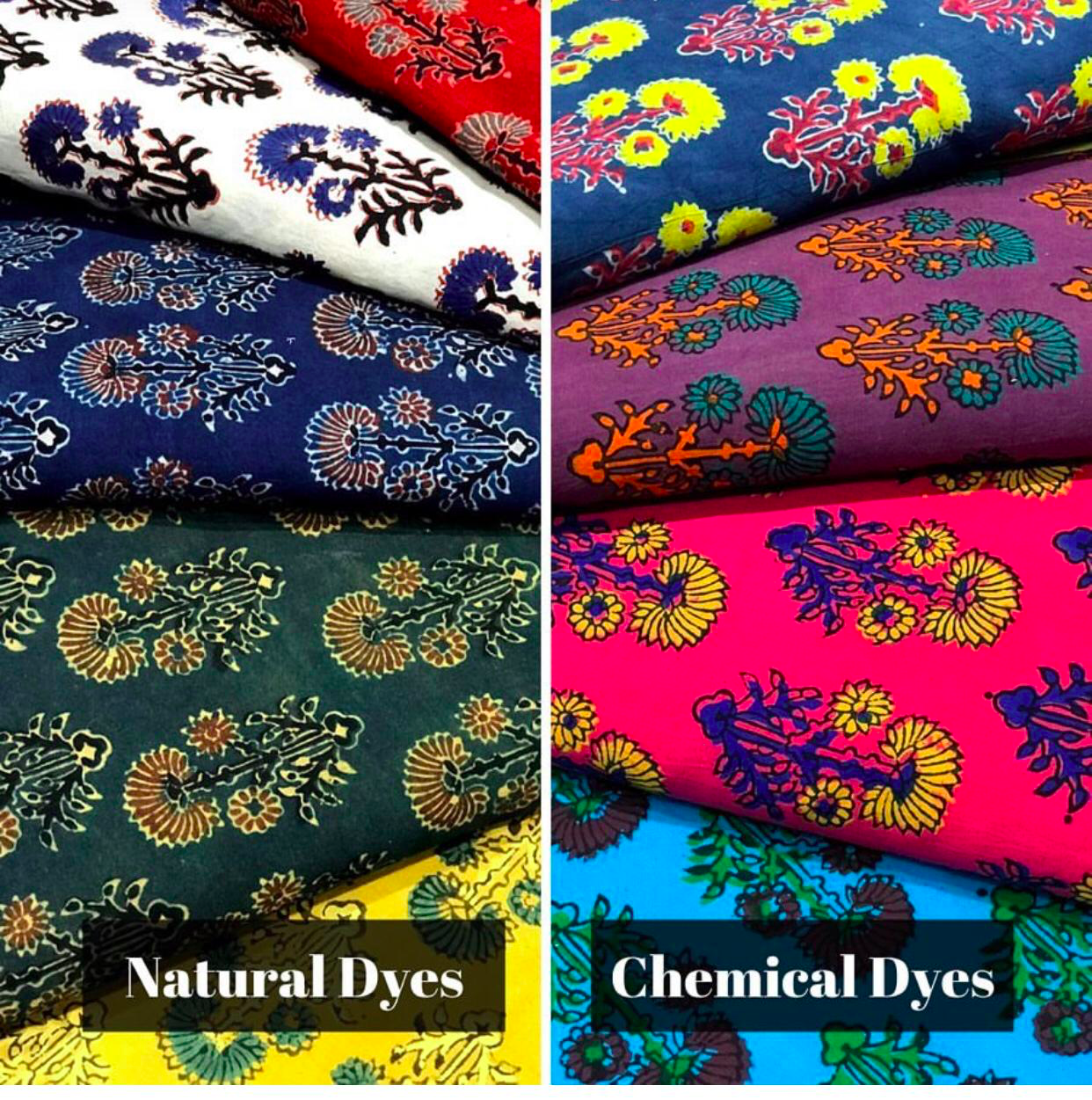 India is believed to have more than 500 species of plants that can be used for natural dyes - making it one of the most favourable hubs for manufacturing natural dyes. Thus, if used judiciously, there is no dearth of resources in India for natural dyeing. If availability is not an issue - then what brought about the synthetic dye usage? Synthetic dyes became more popular when the demand for cheaper and faster items increased. Industrialists started producing synthetic dyes, and handing it off to the craftsmen (many times in the name of natural dyes too!) - who were too innocent to understand what was happening. The usage increased when the benefits of synthetic dyes, i.e., cheaper, brighter, easier to process and “provide a wider spectrum of colours” outweighed the non-personal environmental costs. With the increase in fast fashion labels, and the desire to “use-and-throw” garments to achieve a higher strata in society, people preferred cheaper and brighter alternatives to natural dyes.

What went unnoticed, were the vices. Every benefit is balanced out with a vice - sometimes on a personal level, and sometimes a bigger vice - on a more environmental level. While the personal vices are the first to be obliterated, we tend to ignore the environmental vices.  On a personal level, synthetic dyes are harmful to the skin - some, like naphthalene dyes have also been shown to be carcinogenic in nature (Chengalroyen and Dabbs, 2012). On the production front, synthetic dyes require a huge number of chemicals, resulting in a large amount of effluent (leftover water) that is deadly to aquatic life. If you pay a visit to any block printing unit using synthetic dyes, you would notice that  if they work near a river, that river will be absolutely void of any life forms - whether plants or animals. (Synthetic Dyes vs. Natural Dyes, 2019)

Most of the time, the effluent (leftover water) is discharged into the rivers untreated - hence, killing any life form possible. However, sometimes, the effluent is treated with more chemicals to make it suitable for discharge. This treatment results in hazardous sludge, that is disposed off in the landfill sites - disrupting the natural mineral level in the land (Synthetic Dyes vs. Natural Dyes, 2019). Thus, the entire process is chemical rich and is polluting not just the land and the rivers but the flora and fauna as well, at a micro level.

Currently, the environment and textile boards all over the world are reducing the use of such harmful chemicals as much as possible and forcing industries to look for alternatives - when the biggest alternative of natural dyes is right in front of us.

Natural dyes, unlike synthetic dyes, aren’t based on petroleum compounds but extracted from plants, animals and mineral matters (Singh and Bharati, 2015). Their availability in nature, allows the entire process of extraction and usage to be based on lesser chemicals and can therefore, be termed environment-friendly. Theoretically, natural dyes can be used with zero chemical compounds involved, but it is not feasible, because there are certain disadvantages that need to be obliterated. 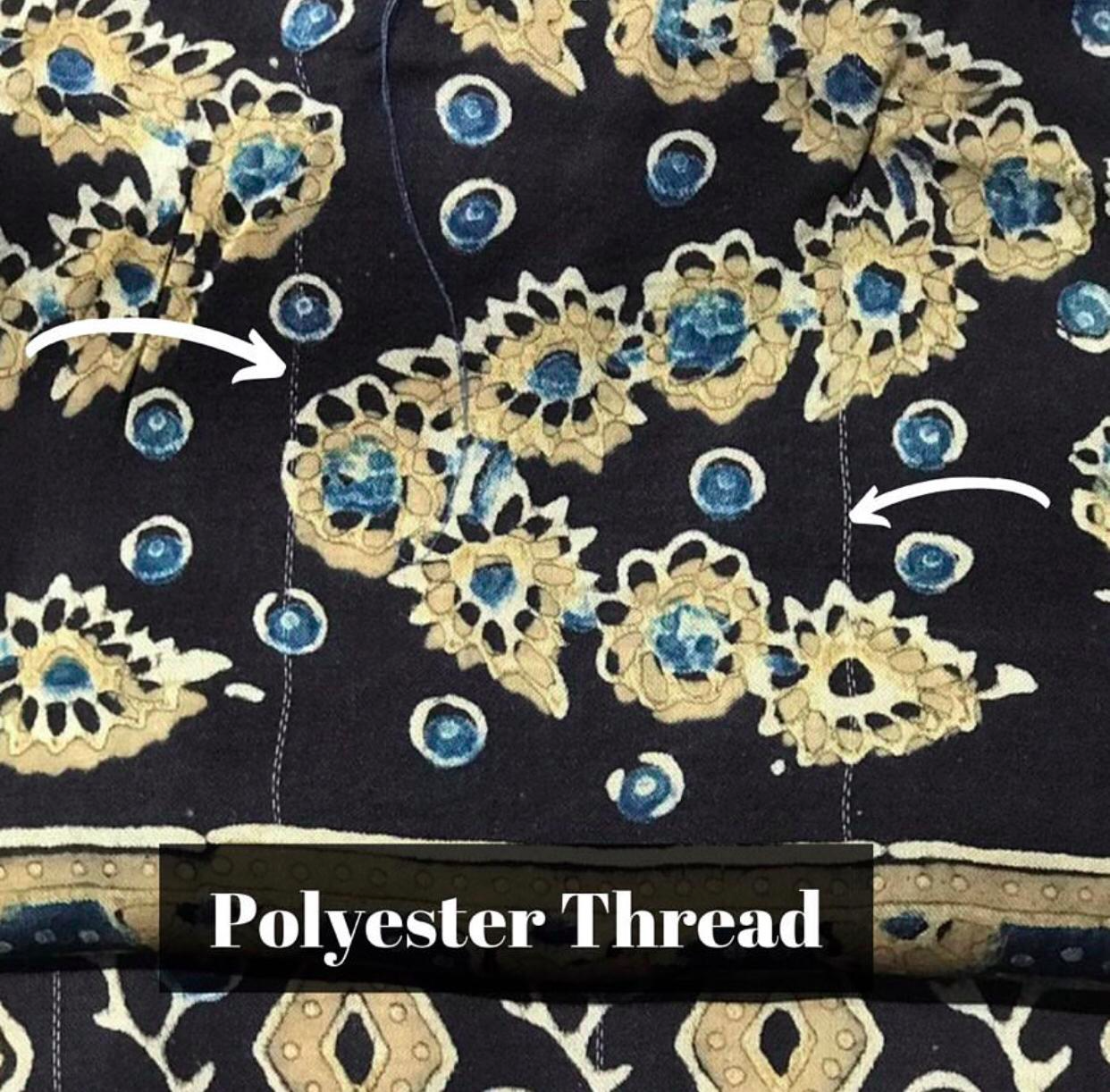 On a consumer level: natural dyes bleed - whether you consider the washing fastness or rubbing fastness and this can sometimes be a deal breaker for consumers, narrowing down the target market. They are also much dull (or sober, as we like to call it) and can therefore be considered old/rundown compared to chemical dyes. On a production level, natural dyes have no reproducibility or standard recipes. The red you love in a current lot of fabrics is not going to come back ever again! There are so many factors involved in the production: the water temperature at the time of boiling, duration of fabric treatment with mordant, atmospheric temperature, weather etc. Natural dyes can only be applied on natural fibres - cottons, silks and no polyester.

However, when you weigh it out, the advantages outweigh the disadvantages by a long shot (Gupta, 2019):

> No health hazard (not carcinogenic, nontoxic and non-allergic)

> Highly sustainable (they use a large amount of water, BUT the effluent is still non-toxic)

Natural dyes do not produce very deep shades because they are a mixture of different color components extracted from the natural sources (Singh and Bharati, 2015). These components are not separately extracted as it involves chemical processing and thus the end result of this crude form is due to a synergistic effect of all these substances. On contrast, the synthetic dyes provide a deeper shade because they contain one specific chromophore. 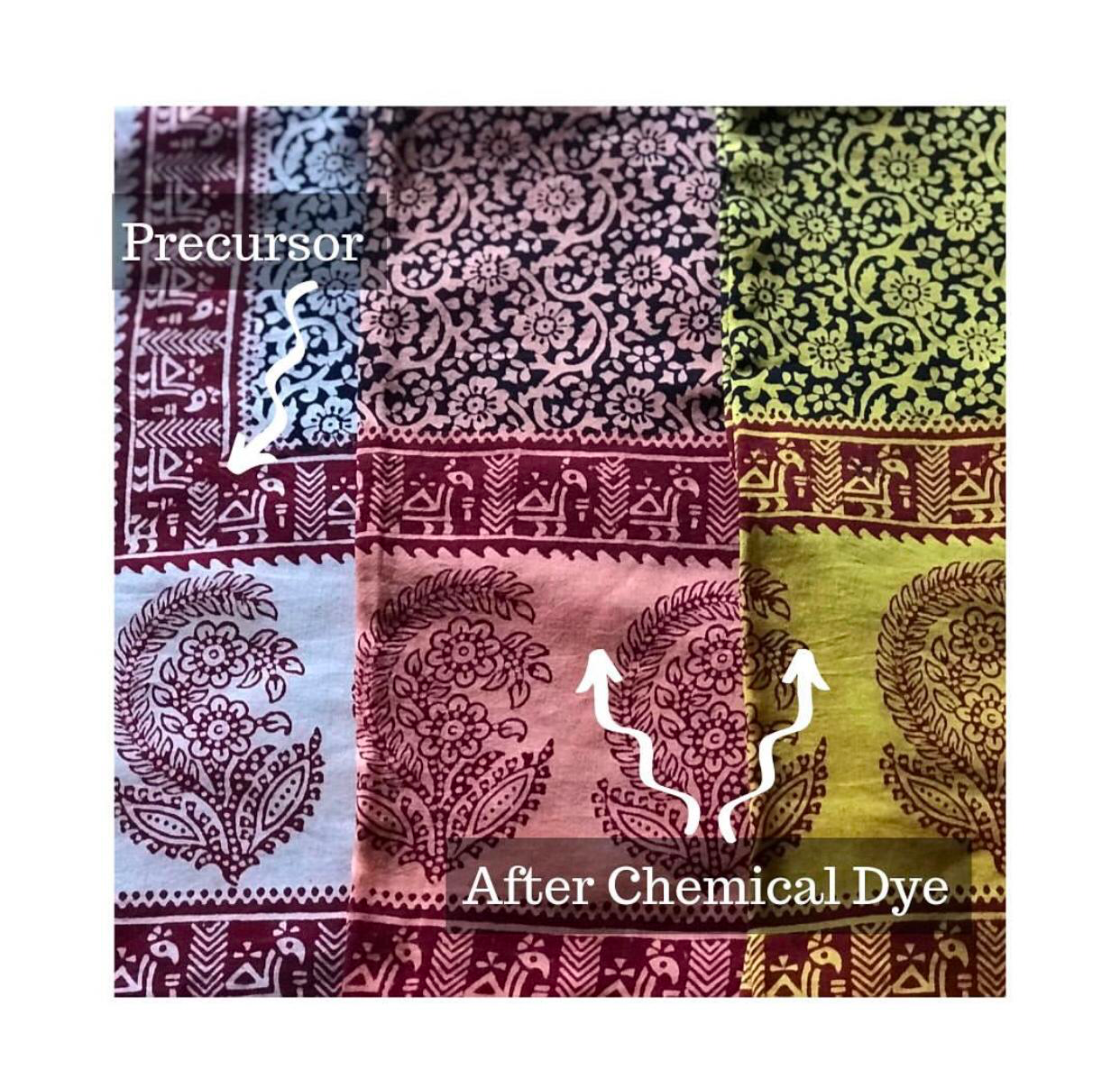 Synthetic dyes are highly stable against oxidation-reduction processes and hence aren’t biodegradable. Even though some of the dyes are, the resulting by-products are highly carcinogenic. Natural dyes on the other hand degrade easily under ambient environment conditions. It is a misconception that synthetic dyes provide a wider spectrum of colors because you can combine the five basic natural dyes-indigo, madder, cochineal, weld and cutch- to yield any color in the spectrum except fluorescent. Natural dyes have poor washing fastness but in spite of that, the color that goes out during washing doesn’t stain the other fabrics as the dyes are in their crude form and hence non-substantive to the fabric (Gupta, 2019).

Overall, by embracing these fabrics, you are not only supporting the seller, but the livelihood of a family of artisans and farmers and at the same time perpetuating the ancient Indian culture, meanwhile, adapting to a more sustainable life.

Disclaimer: This is merely an informative article about the pros and cons of both synthetic and natural dyes - how natural dyes lead to a more sustainable lifestyle. This article does not represent any vendetta against anyone/anything.

Campbell, U., 2019. The Importance Of Natural Dyes. [online] Biofriendly Planet Magazine. Available at: